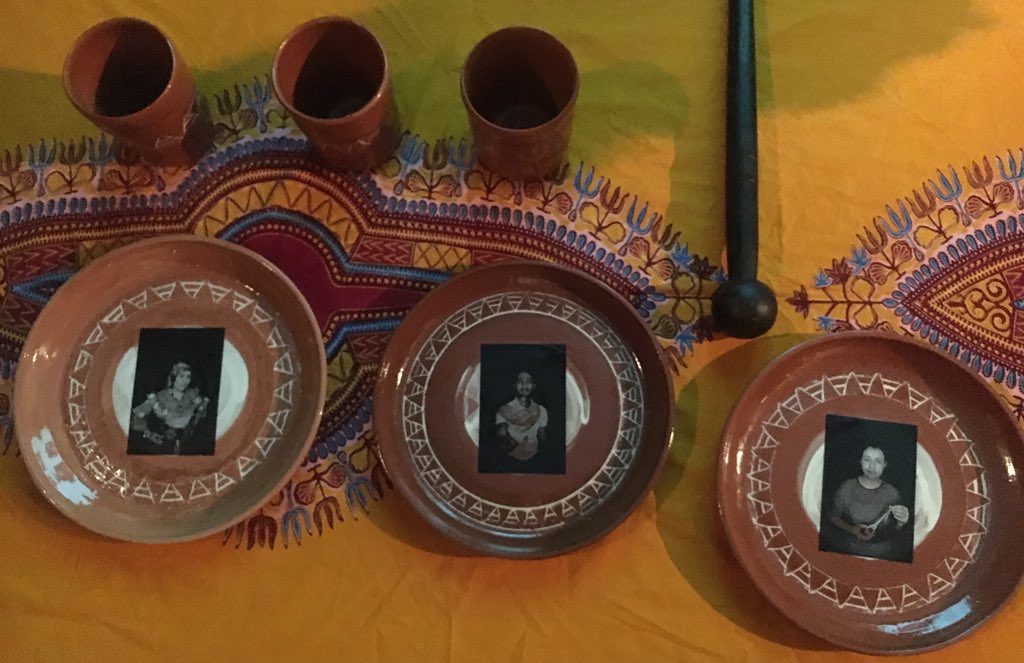 On Thursday June 27th, we held an Artists Symposium at CCA Glasgow.

The programme was led from the perspective of artists with lived experience of seeking refugee protection, and whose work focuses on migration and identity.

The event was hosted by Zimbabwean writer, poet, musician and performer Tawona Sitholé, who warmed up the crowd and led us expertly through the day.

The first artist up was Manaf Halbouni the man behind “Rubble Theatre” which was displayed at St Enoch Square this week. He discussed his powerful work in Germany and across Europe.

Next up: Adam Kashmiri, a performer, trans activist and inspirational speaker, who talked us through his professional debut in ADAM, a production about his life as part of the Edinburgh Fringe in 2017.

Farah Saleh, who later in the day performed the UK premiere of “Gesturing Refugees”, discussed her work and overcoming the obstacles it faced – including visa denials for her two fellow performers.

Razan Madhoun, a film maker from Gaza living in Edinburgh, discussed the development of her first feature screenplay as a writer/director, and her work with Red Kite Animation.

Painter Mousa Al Nana presented his hauntingly powerful latest project TO THEM, which looks at humanity and vulnerability from a displaced Syrian perspective but with universal themes and applicability.

Photographer Najma Abukar discusses identity, African diaspora and immigrant experience through her work, and shows us her latest work – Home and Hospitality – which fuses photography with pottery (as seen in this article’s main image) and will be on display at the CCA from 12th July.

Artist Paria Goodarzi presented her latest project “Under the Town’s Skin”, which focuses on multi-lingual participants, and looks at their experiences and sense of belonging in new places.

Photographer and artist Iman Tajik highlights borders and resistance to barriers and boundaries inflicted upon the human condition. His latest work, Freedom of Movement, is on display in Glasgow and Dundee for the next 3 months.

Musician, composer and activist Aref Ghorbani discusses his reasons for leaving Iran, and his current work in Glasgow with the Taran Band and Musicians in Exile, before treating us to a haunting new composition that deeply moved his audience.

Activist, community development worker and theatre maker Pinar Aksu discussed her use of theatre of the oppressed to raise awareness and understanding of migration and the problems people face in the asylum system.

The Artists Symposium was supported by Scottish Refugee Council and funded by Creative Scotland, coordinated incredibly by our very own Soizig Carey, and sits at the heart of #RefugeeFestScot and its theme of MAKING ART, MAKING HOME.