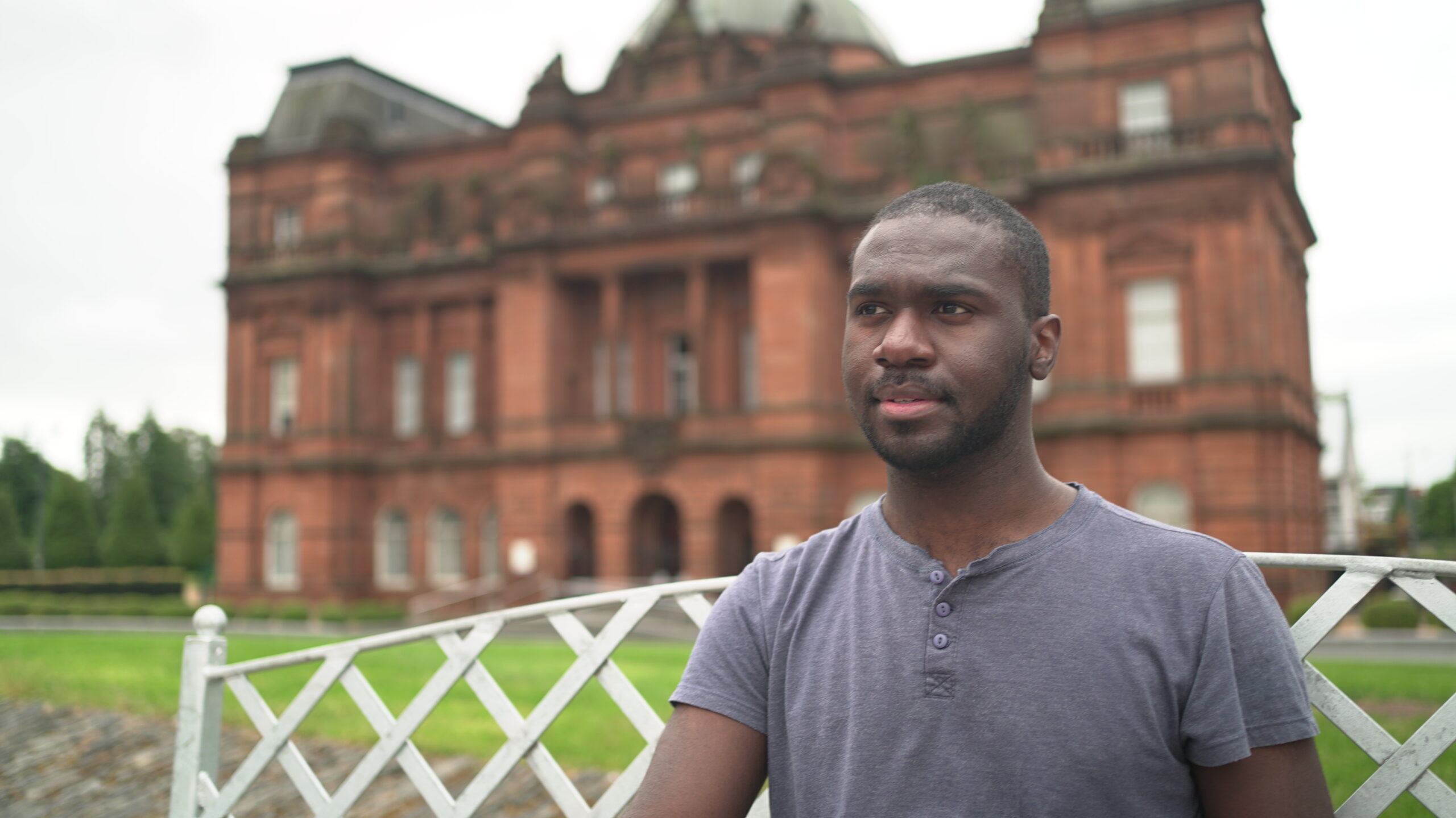 We caught up with Thierry Mabonga, one of the rising stars of Scottish stage and screen, to find out why he’s looking forward to Refugee Festival Scotland. 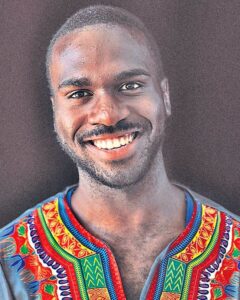 1. What inspired you to get involved with Refugee Festival Scotland?

“I’m really happy that Refugee Festival Scotland exists and I wanted to contribute in some way to this great platform. I believe in the power of storytelling. When you hear someone’s story, it helps to make their experiences real for you.

“It’s very important that there’s a space for people to share stories that might not otherwise get told. A space where people can share their talents and experiences.”

2. Refugee Festival Scotland brings people from different backgrounds together and helps to build bridges between communities. It’s an opportunity to celebrate the music, dance, food, art, language and ideas that people bring with them when they settle in Scotland. Why do you think this is important, especially at the moment?

“I definitely think it’s important to celebrate the positives. There’s more to a human being than trauma. We need to see the joys as well as the grief and the conflicts and the challenges of someone’s situation. I think that’s what keeps us alive. We long for stories that make us laugh and smile as well as make us cry.”

3. The theme of this year’s festival is storytelling. Our stories can be a really powerful tool when it comes to sharing the experiences of people who have come to Scotland in search of safety. Could you tell us a little bit about your own story?

“I came to Scotland as an asylum seeker when I was eight years old. I arrived not speaking a word of English, so I can understand the struggles of having to move country and start again. My life had really been turned upside down to be honest.

“Now, 17 plus years later, I am couldn’t be happier in Scotland. I have been blessed with so many different opportunities that I otherwise might not have had.

“You’re not in control of where you come from but you are in control of how you respond to that. There are far more advantages and benefits to embracing the lands that your feet have touched than to shun them or ignore them.

“I embrace being both Scottish and Congolese. I’ve learnt so much from both countries and cultures. It’s built me into the person I am today. Being part of two cultures can be complex but it’s made me into a unique and very happy person. It gives me a confidence that is unbreakable.

“My wife and I are expecting a baby in August and I’m hoping to pass that on to my child. They will have three cultures – Scottish, Congolese and French too. I’ll definitely teach them about the beauty of embracing their cultures.”

4. Can you remember the moment when you knew you wanted to become an actor?

“When I was at St Paul’s Primary in Whiteinch, there was a school talent show. I performed 500 Miles by the Proclaimers. I didn’t know much English at the time so I pretty much lip synched the whole thing. The audience joined in and they were getting really into it. I just felt such confidence at that moment with everyone singing along. From that point on, I knew I wanted to get into acting.”

5. How have your experiences helped shape your career as a writer and performer?

“I love being an actor and taking on roles written by other people but I’m finding that there are stories within me that no one has written yet. If I don’t write them, then I won’t see them and other people won’t see them. I can’t not write! I need to create stories and characters based on the points of view and experiences of people like me, who came to Scotland from other places. That can only benefit the arts.”

6. If you could speak to your eight-year-old self when you first arrived in Scotland, what would you say?

“I’d say, don’t panic. You’re going to learn something new every day. You’ll speak in a strange accent – a mix of Scottish and Congolese sounds. You’ll love every minute of it. And write about it. Write, write, write! Live’s short, so enjoy it.”

7. What advice would you give to New Scots who are just begging their new lives in the UK?

“You’ll find cultural differences; but you’re also going to find people who you can relate to. If things seem lonely at first, speak to somebody. The majority of people are very welcoming and accepting.

“In my experience, Scotland has been the most welcoming country and to be honest the saying ‘People Make Glasgow’ is really true.  People are very curious in a good way. They are interested in finding out about you and where you’re from. Soon enough you’ll see that Scotland can also become home.”

The Refugee Festival Scotland programme is out now, with over 100 events taking place in towns and cities across Scotland. Take a look at this year’s listings to find out what’s happening near you.