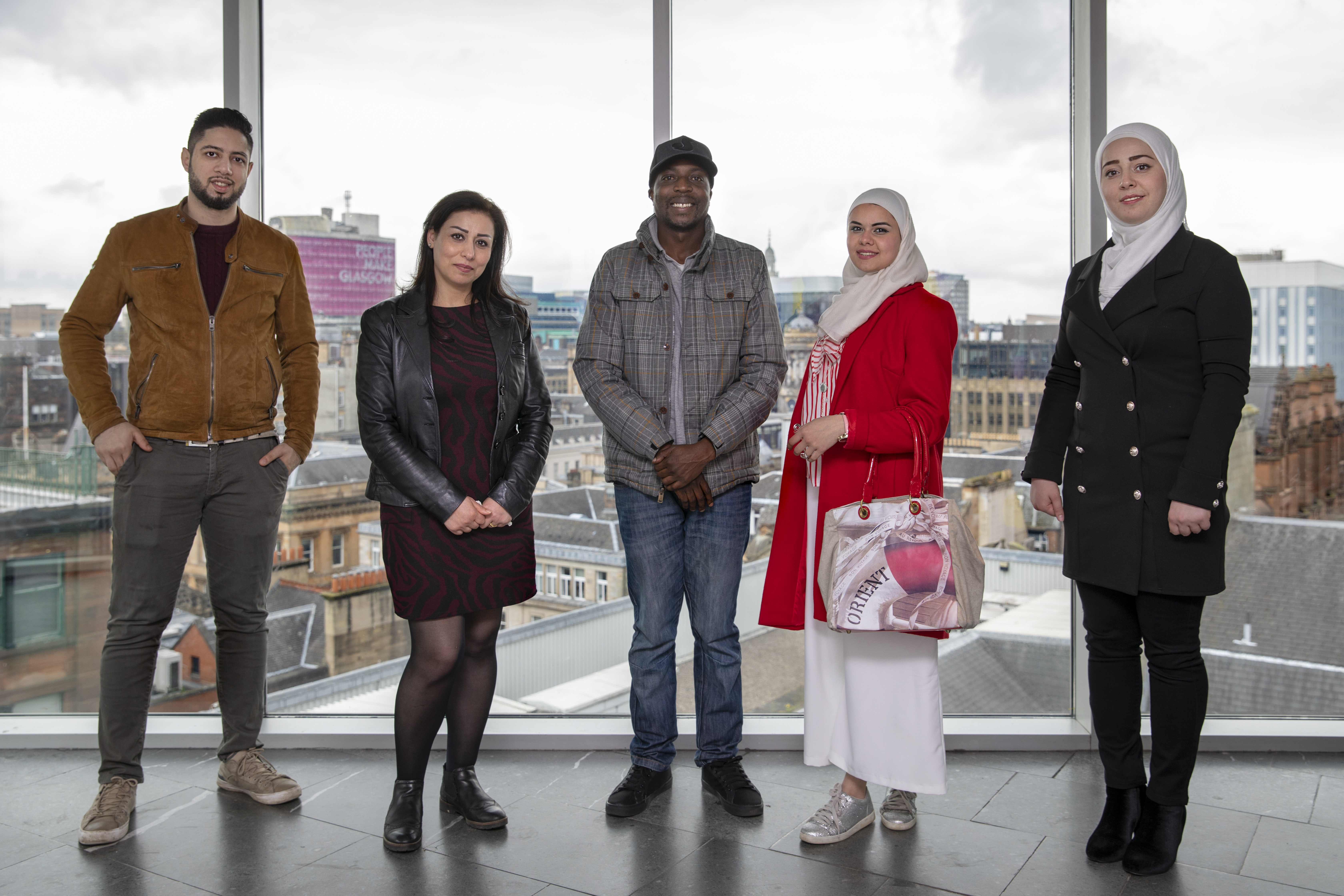 Meet our Refugee Festival Scotland Ambassadors – an inspiring group of people with refugee or asylum seeking backgrounds who wish to share their experiences of living here in Scotland, in order to highlight the situation which we are working in. A few weeks ago, we held a Media Training Day, where our Ambassadors discussed what they feel comfortable talking about to journalists, and importantly, what they don’t – before testing out their skills in front of a rolling camera.

Our Ambassadors are available for media interviews about the festival and about their lives here in Scotland, and are interested in getting to know as much about different events and community groups as possible – keep an eye out for them during the festival and beyond, this lot are destined for great things!

Alaa, Syrian: I arrived in Glasgow 3 ½ years ago. I could only speak a little English, but I learned quickly from the people I work with. Now I’m studying and working as a chef, and I see Glasgow as my new home.

Ruba, Syrian: When I arrived in Scotland, I started to work as an interpreter which paved the way to working with other refugees and asylum seekers. My dream is to be an English teacher.

Itai, Zimbabwean: I came to Glasgow eight years ago, and lived many years in destitution, but now I have a different outlook in life because I am involved with many organisations who help refugees and asylum seekers here in Scotland.

Marwa, Syrian: What makes Scotland special is its people. I have never felt like I am a stranger here. I’m hoping to go into journalism, and I want to be a spokesperson for refugees, or a news reporter in my country one day.

Rana, Syrian: With two kids, it has been difficult to build my life again after leaving everything behind. I was broken when I arrived but I was lucky and got a job at Glasgow University as a Research Assistant, which has helped connect me with many other people.

Mada, Syrian: I arrived in Scotland just 7 months ago. The festival is an opportunity for me to meet other people in my situation and learn about the problems that we have to deal with, so that I can be a voice for refugees in Scotland.