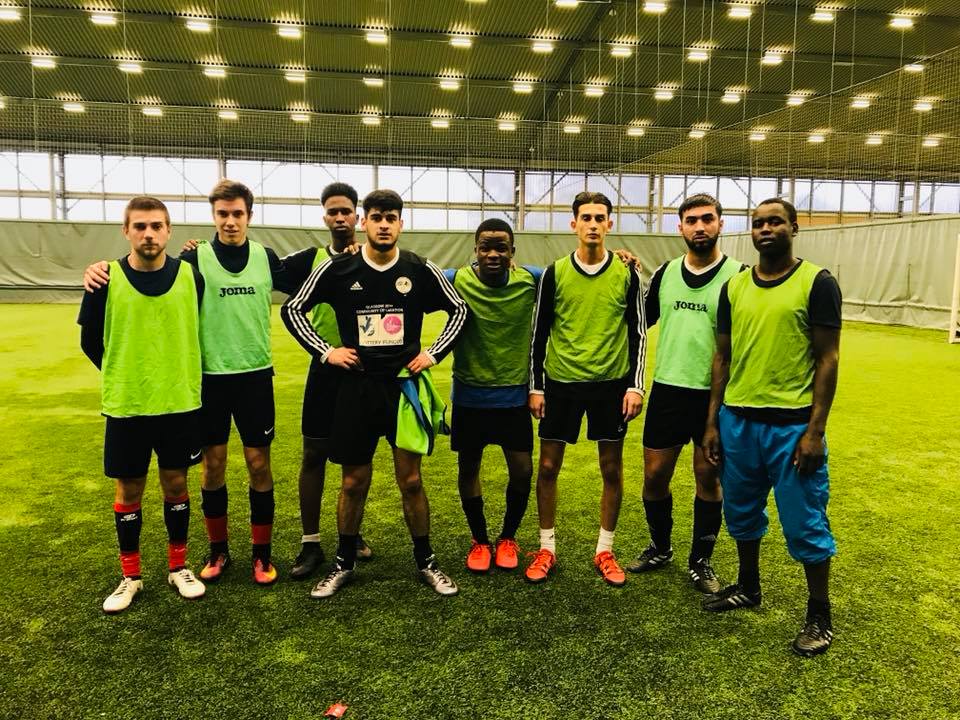 Glasgow Afghan United and Scottish Unity Football League are celebrating Refugee Festival Scotland 2018 through football. Local communities, ethnic minority communities and refugee communities will come together to enjoy football on world refugee day. Organisers hope to encourage communities to use football as a means of promoting anti-discrimination; by allowing people to mix and providing an opportunity for all to play football regardless of race, religion, nationality, age, sexual orientation or any other factor.

This tournament hopes to stimulate the integration of the local community with people from a refugee background. It is a one-day event and around 200 people are expected to attend. There will be 20 teams of 7 aside and each team will be allowed to register up to 10 players. Refreshments will be provided to all participants. Winning teams will be awarded a trophy and 2 top teams will be awarded medals.

Glasgow Afghan United was established in 2004 and operates in partnership with local grass root communities and relevant stakeholders, working to principles of Unity, Equality, Peace and Diversity. It is an Afghan community led organisation seeking to improve the lives of Afghans and a wide range of ethnic minority communities living in Glasgow by promoting: sport, health & well-being, social integration and active citizenship.

The organisation is one of the most diverse in the city and are actively engaging with ethnic minorities’ groups/communities from all heritages and nationalities, including refugees and asylum seekers from over 20 Nationalities: Afghan, Syrian, Chinese, Iranian, Pakistani, Indian Polish, Roma, Cameroon, Congo, Zambia, Jamaica, Somalia, British, Portuguese, Iraq, Nepalese, Turkish, Kurdish, and Libya. Through the vehicle of Football they play an active role locally by building direct links between local disadvantaged communities, by removing barriers to inclusion.