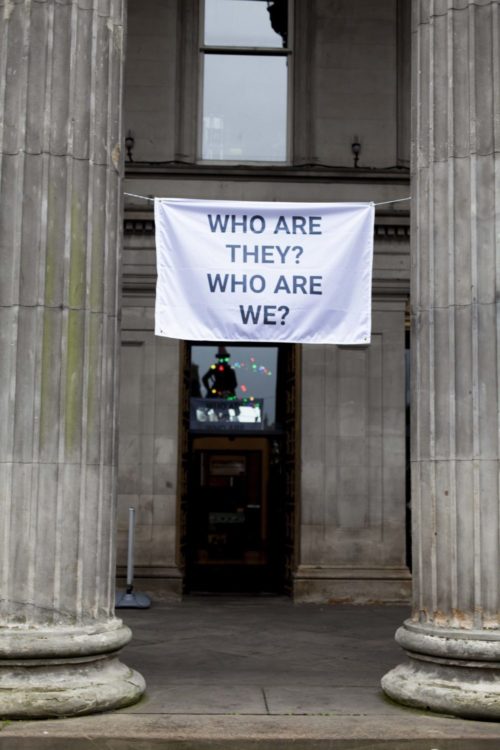 Who Are They? Who Are We?

By Who Is? Project

A white flag traveling the world for a year, moving between borders and speaking about the current rise of nationalism. Who is? Project is an ongoing art project which aims to tackle issues around immigration systems and globalisation. Founded by Iman Tajik and Jonas Jessen Hansen, Who is? Project has been created as a space for open conversation surrounding the current refugee crisis.

Who are they? Who are we? will be included as part of this year’s Opening Day before it goes on tour.