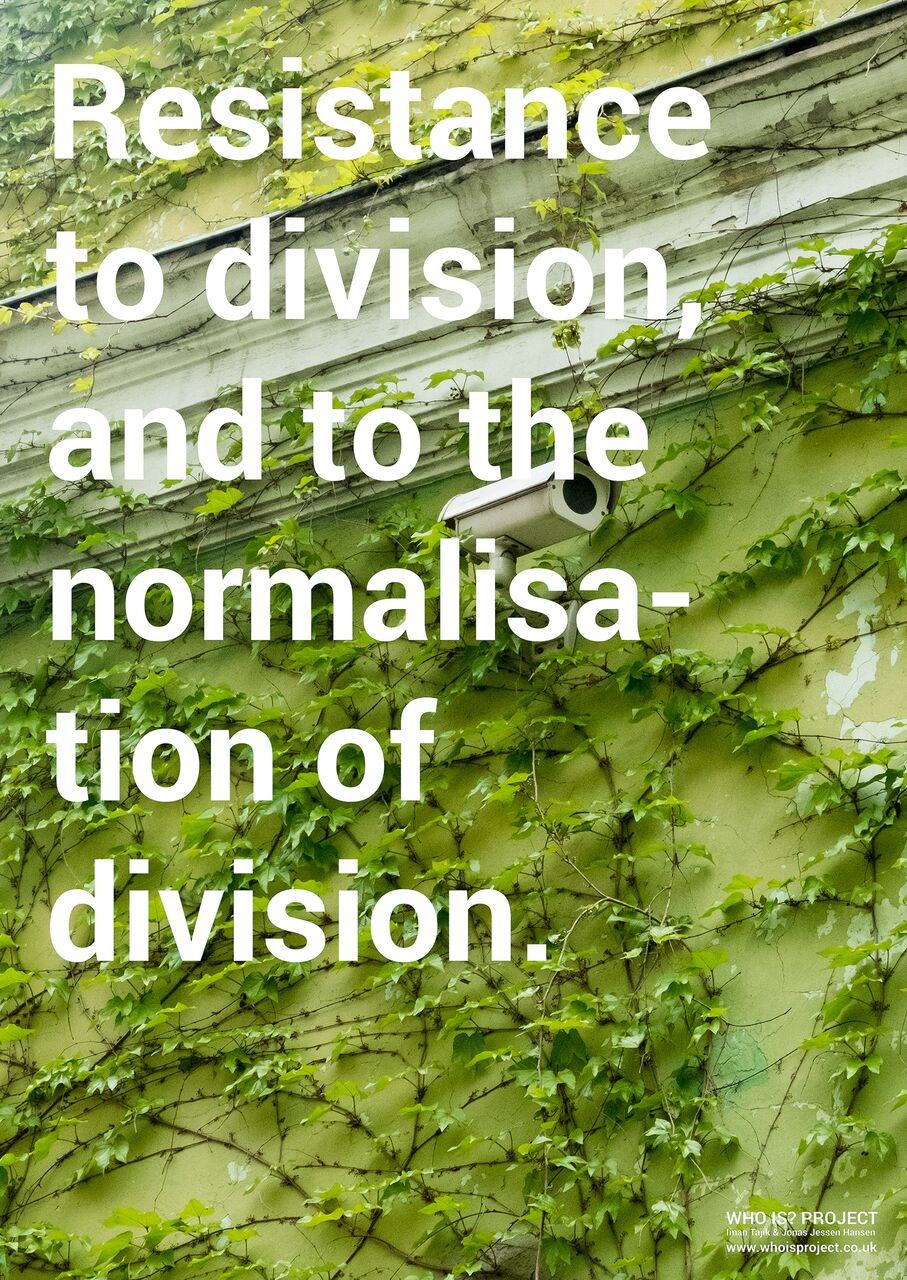 By Who Is? Project

Poster exhibition featured in multiple sites around Glasgow. Who is? Project is an ongoing art project which aims to tackle issues around immigration systems and globalisation. Founded by Iman Tajik and Jonas Jessen Hansen, Who is? Project has been created as a space for open conversation surrounding the current refugee crisis.

Crossroads will be included as part of this year’s Opening Day before it goes on tour.