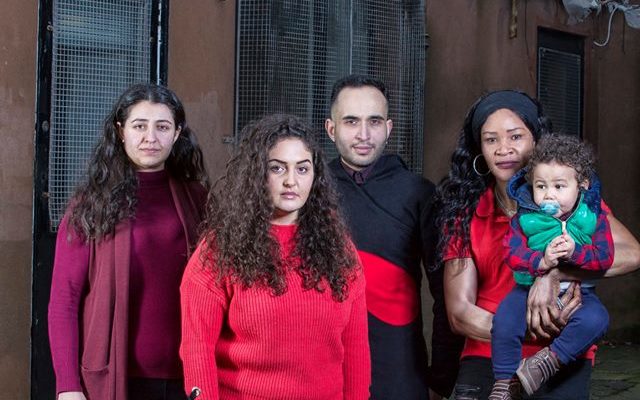 May is nearly upon us and, with that, the countdown to Refugee Festival Scotland 2019 really begins!

We’ve been busy recruiting ambassadors and volunteers, liaising with community groups, organising events, planning, planning, planning and soon we’ll be ready to release this year’s programme and artwork. The festival will take place 20-30 June across Scotland, with loads of exciting events for everyone to enjoy and learn from. We can’t wait to tell you everything that we have planned – watch this space!

In the meantime, look back at this blog written by Naina Bhardwaj from last year’s performance of “Where are you really from?”, an inspiring and moving piece by our friends at World Spirit Theatre. You can catch them at the Southside Fringe Festival on 18th May for a pre-festival warm up!

This 40 minute performance is truly one of the most brutally honest I have ever come across. The often dark humour was apparent from the beginning with the satirical game show which brought out the arbitrary processes which refugees have to endure in this country on a regular basis. Yet whilst tackling such broad issues, the performance managed to integrate some of the everyday occurrences which many of us would have not realised. One scene showed someone trying to catch a bus, not knowing that they had to put their hand out to stop one, for example.

Indeed, the way each scene was created was excellent and it was never unclear where we were as we moved from abroad to a TV studio to a car journey. There was also some great symbolic acts throughout with labels being dropped and hands being used to represent being freed.

The integration of native languages without need for translation was seamless as was the political discourse surrounding refugees which was intertwined with everyday scenarios, their history and personalities, the subtleties in the discrimination they face and necessary lighthearted humour.

The performance was educational and genuinely entertaining and I cannot recommend it enough.

After the performance, we had the opportunity to ask, comment and give feedback on the performance and it was overwhelmingly positive. Like myself, everyone else seems to have thought that this was a great piece of work and World Spirit Theatre were encouraged to take it to more places to spread the message, particularly places where conversations such as these rarely take place. As one young audience member said “It was amazing.”

There seemed to be a buzz in the air of a community getting together to create dialogue and devour multiple helpings of rice, yoghurt and spring rolls.