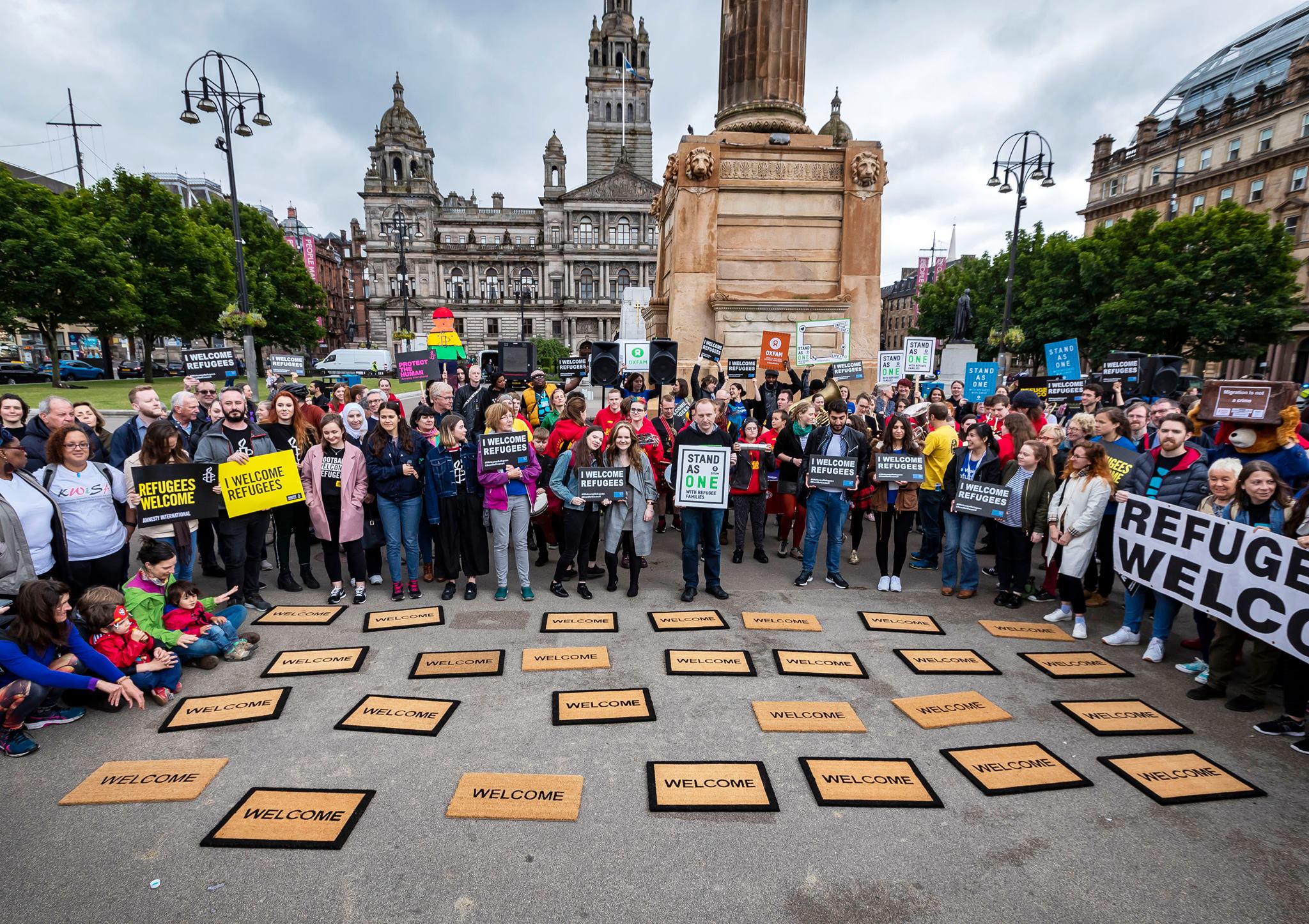 Applications close for RFS 2019 on 17 March. That’s just 33 days to send us your plans and ideas! Find out more information about this year’s festival – “Making Art, Making Home” – here, and how to apply for our Small Grants Scheme or Open Programme. We look forward to hearing from you!

The word lecture brings up connotations of dull, boring and monotonous but this particular lecture was anything but.

The annual World Refugee Day lecture was entitled “Do you get my drift?” and was held by Alison Phipps, the UNESCO Chair in Refugee Integration through Languages and the Arts at the University of Glasgow and an Ambassador for the Scottish Refugee Council. She was also joined by Gameli Tordzro, Tawona Sithole, Naa Densua Tordzro.

The lecture came in light of the New Scots Refugee Integration Strategy which was launched in January. One would assume that transparency, coherence and efficiency are the best values for delivering a national project of inclusive integration. However this concept was turned on its head throughout the lecture as Phipps instead drew upon the Ghanaian concept of “Sankofa,” which literally breaks down into San – return, Ko – go and Fa – pick/receive but figuratively means to turn back in order to move forward. Phipps argues that by picking up on the opacity and slowness of the notion we might gain some surprising insight.

“Do you get my drift?” is a phrase that is often used in English to check someone has understood us, a gentle way of checking whether we are moving towards a shared understanding of something but doesn’t require a full comprehension. This is the idea Phipps wanted to convey, that we need to take the time to fully appreciate and understand each other rather as she took lighthearted jabs at books aiming to teach you ‘French in 24 Hours.’

We began with traditional Ghanaian music before we were given a drift to wrap through ourselves to connect us together as one whilst the poem “The Art of Living & Loving” was read out in the background. We heard stories of war dances accompanied by drumming, we heard stories about constant language teaching and learning ingrained in the nature of the language itself, we heard stories about “well-come” written out in petals and we heard about what it is like for a mother and daughter to not speak the same language. All of this was interspersed with music and poetry, both in English and other languages. Although I did not understand them, I had the time to appreciate them.

Maybe if more of us took the time to actually listen and “get the drift,” then we would be a lot more appreciative about the diversity surrounding us.”