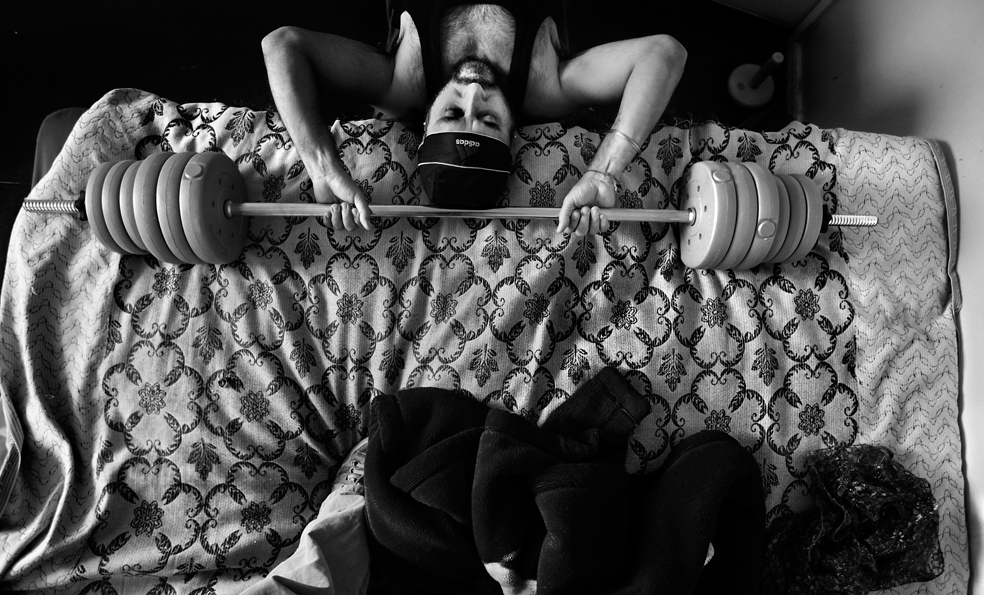 Find out more and apply to our Small Grants Scheme or Open Programme here.

Today, we’re looking back to 2011, to the 60th anniversary of the Refugee Convention, to the year before the Olympics, to a time which has been drenched in nostalgia as a period of harmony and inclusivity. But the problems facing asylum seeking communities today were just as prevalent in 2011 – as Robert Ormerod captured in his exhibition on the Red Road flats.

“During a question and answer session at the unveiling of his new exhibition, Robert Ormerod responded ‘if one person reflects a tiny bit more just because you’ve taken a picture, then it’s all worthwhile.’

And reflect they most certainly will.

The Red Road Exhibition, now on show at the Mitchell Library, is a collection of stark black and white photographs taken by Ormerod over a period of months spent persistently returning to the high rise tower blocks which house many of those seeking asylum in Glasgow. The photos depict a wide range of people from many different countries including Iran and India, many of whom are experiencing western culture for the first time, as they try to navigate the complicated asylum system they find themselves in.

Several of the pictures show television screens, which for many asylum seekers in the Red Road flats are their only link to the outside world, because as Ormerod tells us, many people are too scared to leave their rooms. However, despite the isolation shown in many of the photographs there is also a sense of community portrayed in others. A group of men protest for Refugee rights in one picture whilst another shows people gathering at a memorial to Serge Serkyh and his family who jumped to their deaths from one of the tower blocks in 2010.

Whilst not being an easy subject matter to address, Ormerod’s stunning photographs seemed to me to honour his subjects and will definitely go some way in helping us to reflect on what it is like to be a refugee or asylum seeker living in a place like Red Road.”